In addition to his artistic work, the German-British artist Michael Müller (*1970) has also increasingly come to the attention of the public with his curatorial practice in recent years. From 2019 to 2022, for example, he presented the collection of the Städtische Galerie Wolfsburg from a new perspective in the highly acclaimed exhibition series Deine Kunst and established differentiated references to contemporary positions.

In the year of its 20th anniversary, the Museum im Kulturspeicher has invited the Berlin-based artist to work with the Würzburg Municipal Collection.
What was intended as an intervention in the collection spaces grew into an opulent project that has now come to a conclusion with the realisation of two exhibitions. Both exhibitions deal in different ways with the theme of evil in art and society, in history and the present. 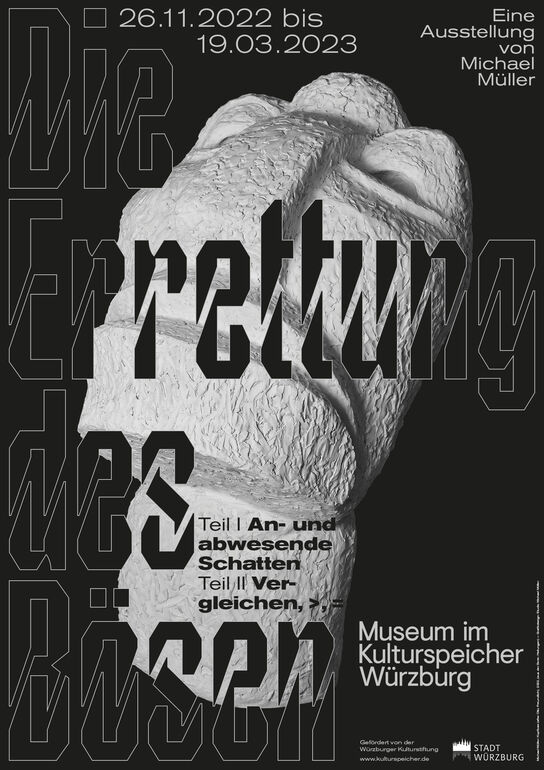 The Salvation of Evil. An exhibition by Michael Müller
Under the title The Salvation of Evil, the exhibition curated by Michael Müller deals in two chapters with the nature of evil, its presence and negation in history and society in a differentiated and sometimes provocative way, drawing on both historical and contemporary positions in addition to his own works. In the first part of the exhibition in particular, Müller's interest focuses on the founding of the Würzburg Municipal Collection during the National Socialist era.
The first exhibition chapter, Shadows Present and Absent, poses questions about the 'contamination' of artworks: This can mean both an ideological appropriation, a tendentious political-propagandistic approach or the censorship of supposedly worthless, in the terminology of National Socialism 'degenerate' art. Among others, works by artists are shown that were either part of the exhibition Entartete Kunst or the Große Deutsche Kunstausstellung. Originally presented separately, they will be shown together, thus shedding light on the general question of how museums and their collections deal with 'contaminated' art. The second exhibition chapter, Compare, >, =, focuses on the method of comparison, which has been the dominant procedure of scientific research since the 19th century. Müller focuses particularly on the ethical dimension of the seemingly objective, neutral scientific claim of comparison, which, when applied to human beings as the object under investigation, can become a politically and socially powerful and dangerous instrument. 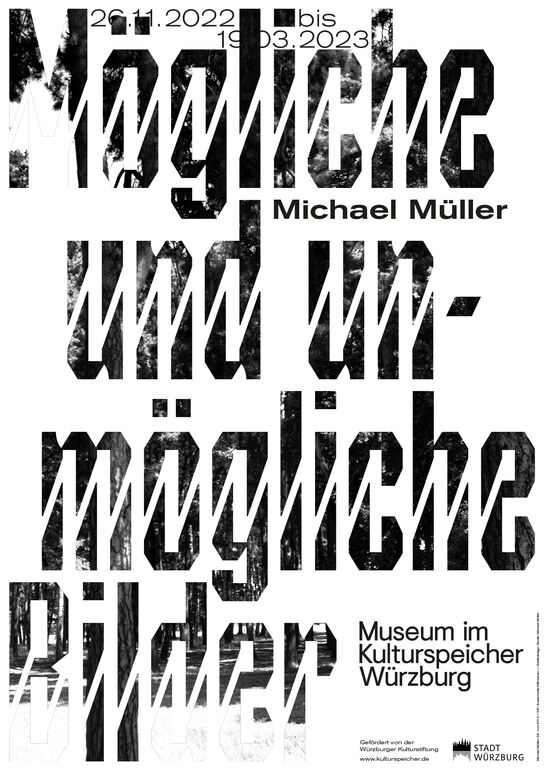 Michael Müller: Possible and Impossible Images
Parallel to the exhibition The Salvation of Evil, the Museum im Kulturspeicher presents the exhibition Michael Müller: Possible and Impossible Images, which is an intensive artistic exploration by Müller of Gerhard Richter's Birkenau cycle (2014). In the central work Possible and Impossible Images #I (2022), Müller uses painterly means to deconstruct Richter's paintings, which are based on the only four known photographs that directly and immediately document the mass murder of European Jews in the Auschwitz-Birkenau concentration camp, and poses fundamental questions about the representational possibilities and limits of works of art.
For his investigation, Müller uncovers the painting layers of Richter's Birkenau paintings and questions them according to their respective expressiveness: as the first layer, later concealed, the painterly figurative reproductions of the four photographs of the extermination process of the European Jews taken from the Auschwitz-Birkenau concentration camp - supplemented by Richter's typical wiping technique, which veils what is depicted and yet allows it to be recognised. The second layer is formed by the abstract overpaintings, the streaks and stripes drawn with a squeegee - a technique that allows chance into the painting process and is considered unreproducible. Müller, who manages to reproduce it, shows that even the supposed randomness and arbitrariness are the results of artistic decisions. Installed side by side on four walls of the exhibition space, surrounding the visitors, it is up to them to decide what can be painted and shown at all - which each of the works on view shows in an individual way.
Müller's answer to the question, however, is clear: everything can be painted and shown, but nothing represents what is ethically appropriate. There is no picture that universally and completely shows the world, but each picture takes a position and must relate to the world, to what it shows. 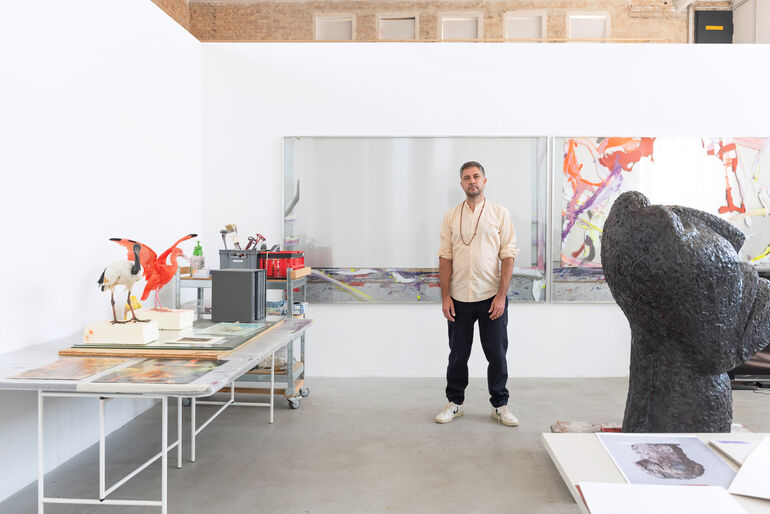 About Michael Müller
In his work, the German-British artist Michael Müller (*1970) explores the aesthetics and visualisation of complex thought processes, which he constantly questions in terms of their sensual experience and material content. Starting from historical narratives, scientific methods, social norms as well as linguistic and numerical systems, he develops an artistic practice that constantly takes these systems and structures to their limits through variation, transformation, manipulation and fictionalising modification. The resulting deviations and irritations, as well as the resulting doubt about the existing and mistrust of unquestioned truths, create a completely independent artistic language of form that manifests itself not only in large-format paintings and drawings but also in sculptures, installations, performances and Müller's curatorial practice.
Michael Müller lives and works in Berlin. From 2015 to 2018, he taught as a professor at the Berlin University of the Arts (UdK).